Is Lane Splitting on a Motorcycle Legal in Colorado? 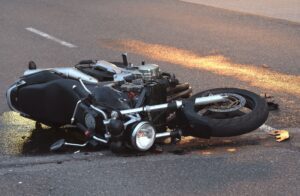 A commonly asked question among motorcyclists is whether or not lane splitting is legal in Colorado. This is a maneuver that is illegal in most US states, including Colorado, due to safety concerns.  Furthermore, lane splitting can create conflicts with other road users. Although it's illegal in most states across the country, there are a few states that have considered making it legal.

What is Lane Splitting?

Lane splitting is a maneuver where a motorcyclist drives between two vehicles traveling in the same direction. It's where the motorcyclist is driving on the lines of the road to get between these two vehicles, and typically continues to ride on the line for an extended period of time.

Lane filtering is sometimes used as a synonym for lane splitting, however lane filtering is when the motorcyclist is riding between the lanes when traffic is stopped at a red light.

A study conducted by the Oregon Department of Traffic indicates that more information needs to be collected. Another study from UC Berkeley promotes that lane splitting is relatively safe, but that there's significantly more risk when traveling 15 miles an hour (or more) than the surrounding vehicles.

The question of safety might also depend on who you ask. Some motorcyclists would say that lane splitting is helpful for several reasons including:

Meanwhile people opposed to lane splitting might argue that it could be startling to have a motorcycle pass by so close to their vehicle or that it might put motorcyclists at risk of accidents during lane mergers.

Do I have Legal Options After a Lane Splitting Accident? 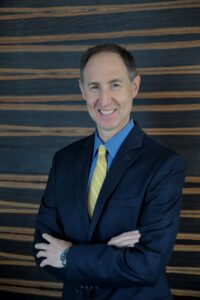 If you're found to be less than 50% responsible for the crash, you can still claim compensation for your motorcycle accident. As an example, if you were lane splitting and a vehicle recklessly crosses several lanes, not looking out for other vehicles on the road, they might be found negligent and liable for your injuries. It should also be noted that if you're found to be partly liable for the crash, your compensation will be reduced according to the percentage you are found to be at fault.

Consulting an experienced Denver motorcycle accident lawyer could help determine if you have a case or not. Attorney Brian Weiss has been practicing law since 1994 and has successfully helped numerous Colorado locals receive compensation after their accidents.

If you or a loved one has been in injured in an accident, call Denver motorcycle accident attorney, Brian Weiss, today for your free consultation.